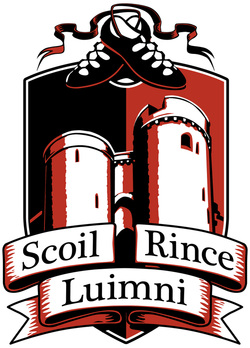 A modern approach to a traditional art.


​Scoil Rince Luimni ("Limerick School of Dance" in Irish) was established in 2014 by Courtney Jay TCRG. After spending four years studying at the University of Limerick (Ireland), Courtney decided to name the academy after her Irish home.

SRL offers quality instruction with a modern approach to training and pacing dancers in our professional and supportive environment. Our community of families and passionate staff help newcomers feel included and welcomed both in and out of the studio.

SRL creates dancers who are strong in technique, passionate about their dancing, and driven to achieve their goals through structured lessons, encouragement from staff, and opportunities to grow. We guide & nurture your dancer down the path that is right for them - whether it is as a recreational dancer, participating in casual performances, or pursuing the competitive track. 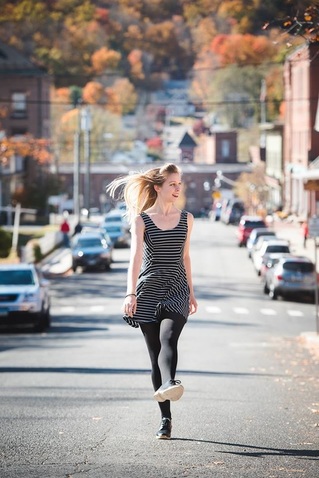 Courtney Jay TCRG has been dancing for 25 years. She trained for 12 years under Sheila Stevens and she found her love for Irish dancing and passion for teaching. Courtney decided to attend college at the University of Limerick where she earned her BA Irish Music and Dance with first class honors. While in Ireland she studied under the Fleming-Ball School of Irish Dance where she became Munster Champion in both solos and teams, an All-Ireland, Great Britain, All-Scotland and World Championship medalist, and top 10 finisher at the North American and All-Ireland championships. Courtney has passed the rigorous certification process that allows students to compete worldwide in Irish dancing through An Coimisiun le Rinci Gaelacha and now gives workshops in championship choreography and training around North America.

Courtney has been teaching and coaching dancers since she was 13 years old. Helping each child become the best dancer they can be has been a rewarding experience for her. For Courtney, Irish dancing has always gone beyond steps and technique; Irish dancing helped her grow as a person and in character. She hopes her students learn to love dancing, make life-long friends, and strengthen their character during their time at SRL.

Join us and become a part of our vibrant academy to learn, perform, or compete in Irish dancing!
Courtney Jay TCRG is currently associated with the Hogan Academy & Bluegrass Ceili Academy to provide instruction & choreography

Irish dance had humble beginnings as a folk dance and as a means of expression of national identity for Ireland. Throughout the 17th and early 18th centuries, Irish dancing was taught at the crossroads in towns and villages of Ireland by traveling dance masters. The dance masters would travel from town to town teaching dancing steps and technique along with deportment and social graces. By the late 18th century Irish dancing became more formalized with traveling dance masters establishing schools and classes in a fixed location.

In 1893, the Gaelic League was established in Dublin. The Gaelic League sought to promote Irish nationalism through their native Irish arts (dance, music, song, language, and sport). Ireland wanted to create it’s own national identity that was distinct from British identity. The Gaelic League enhanced the demand for Irish dancing classes, competitions, and performance and its work is still evident today. The Gaelic League became the governing body over Irish dance and still exists today as An Coimisiun le Rinci Gaelacha, the world’s largest and most global organization of Irish dancers and teachers.

Today Irish dancing in its competitive form has evolved into a highly athletic and very technical artistic sport. It is enjoyed by people of all ages, backgrounds, and ethnicities so I invite you to give it a try at SRL! 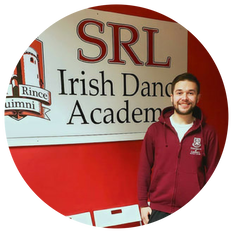 Christian Cairone TCRG has been Irish dancing since he was 3 years old. He trained under Irene and Maureen Horgan who helped instill the love and passion for dancing he has today. While there, he assisted teaching with all levels of classes which helped to increase his love of dancing and teaching.

Christian has competed around the globe with career highlights including: becoming Senior Men's Oireachtas champion, placing 4th at the All Ireland's, and medalling at both the North American Championships and the World Championships. At the 2018 World Championships, he had the opportunity to perform with the Fusion Fighters during their performance and would love to dance in a professional show in the future. Since passing his TCRG exam in January 2018, he is focused sharing his love and passion with his dancers and helping them to reach their goals.

Aside from dancing, Christian majored in Culinary Arts and Culinary Nutrition at Johnson & Wales University and is now a Registered Dietitian. Christian hopes to specialize in sports nutrition to help dancers understand proper nutrition. Devon Bohm is our Office Manager & Director of First Impressions!

Devon is a dynamic part of the SRL team and works closely with our new families and helping them navigate their journey into the world of Irish dance. She is also the brilliant mind behind our blog which features our families, Irish dance history, and fun facts! While Devon was never an Irish dancer herself, she was a competitive lyrical jazz dancer for 10 years and couldn’t be happier to be around dance again. She hopes she can positively contribute to each family and dancer’s experience from her administrative position—she’s always happy to answer any questions you may have!

Outside the studio, Devon received her BA from Smith College and her MFA from Fairfield University in Creative Writing. These days, she can usually be found with her nose in a book or on a walk with her fiancé and their dog, Harry Pawter. 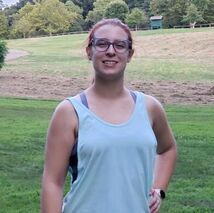 Codi McNeff started dancing at age ten and knew immediately it was the kind of dance for her. Her passion only increased as she grew up dancing under Terry Houlihan in Massachusetts. She went to the University of Connecticut and joined the UConn Irish club there, participating in performances, ceilis, and the annual UConn Lipsync competition with the group.

Since college, Codi has also taught at Showcase Dance Productions in Wrentham, MA and joined the teaching team at SRL in 2018. She enjoys disc golfing with friends, creating cosplays, and playing board games. 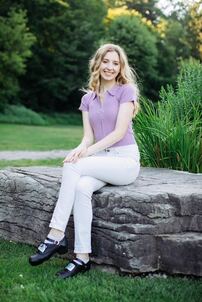 Emily Morehouse began dancing at the age of 2 at Kathy Blake Dance Studios in NH. It was there that she was introduced to Irish dance at the ago of 5. She began competing at 7, dancing for world renowned Rita O’Shea of the O’Shea Chaplin Academy of Irish Dance in Boston.

Emily’s dance career accomplishment on the stage include being an Open Champion level dancer, a Regional medal holder for both solo & ceili teams, as well a Nationals medal holder. Off the stage, Emily has a passion for sharing the culture of Irish dance with the community and has been fortunate enough to dance at state and local level functions, including sporting events, political celebrations, senior centers and schools.

Emily is exciting to continue dancing with Scoil Rince Luimni while attending Western New England University, studying Marketing Communications and Advertising and to be joining the SRL team to inspire the next generation of Irish dancers.